Are there only five business exit strategies?

When you Google “exit strategies,” you will see the five standard methods below.

Sometimes, none of these five methods yield a desirable result for the business owner. Here’s a common example:

Samuel owns a profitable thirty-employee contracting business that puts $500,000 a year into his pocket. He doesn’t have family or friends who want to take over the business, and the employees can’t afford to buy it. The business is too small for private equity firms to be interested in, and an IPO isn’t viable. Liquidation is ridiculous since the business is profitable.

That leaves a sale, merger, or rollup by a competitor. Samuel has looked into selling the business, but the valuation is only $1.5M to $2M.

Samuel ran the math and figured commissions, legal fees, and taxes would reduce his proceeds by at least twenty-five percent, yielding him a maximum nest egg of $1.5M, and that’s not enough for him to maintain his lifestyle.

So what does Samuel do? He keeps slogging away until his health gives out or he gets sick of the daily grind and settles for around $1M for his $500,000 per year annuity….ouch.

If you are a business owner netting less than $750,000 in one of the many industries with a price-to-earnings multiple less than seven (i.e., anything not high tech, patentable, SaaS), you are probably in the same boat as Samuel. You have a valuable income stream from your business, but it’s way more valuable to you than an outside buyer.

Working as much or as little as you’d like. Doing only the work you enjoy and keeping your income stream in perpetuity.

The Half-Retire exit strategy can be a viable method for many business owners to maximize the value of their business asset, plus it has a hidden benefit.

A Half-Retire exit strategy is different than working until you are too old to keep working. If you work until you can’t, you settle for whatever offer you can get, and it’s usually unattractive. The chart below compares a Half-Retirement exit strategy to working longer. You can read the detailed article on this topic (working less vs. Half-Retired here). 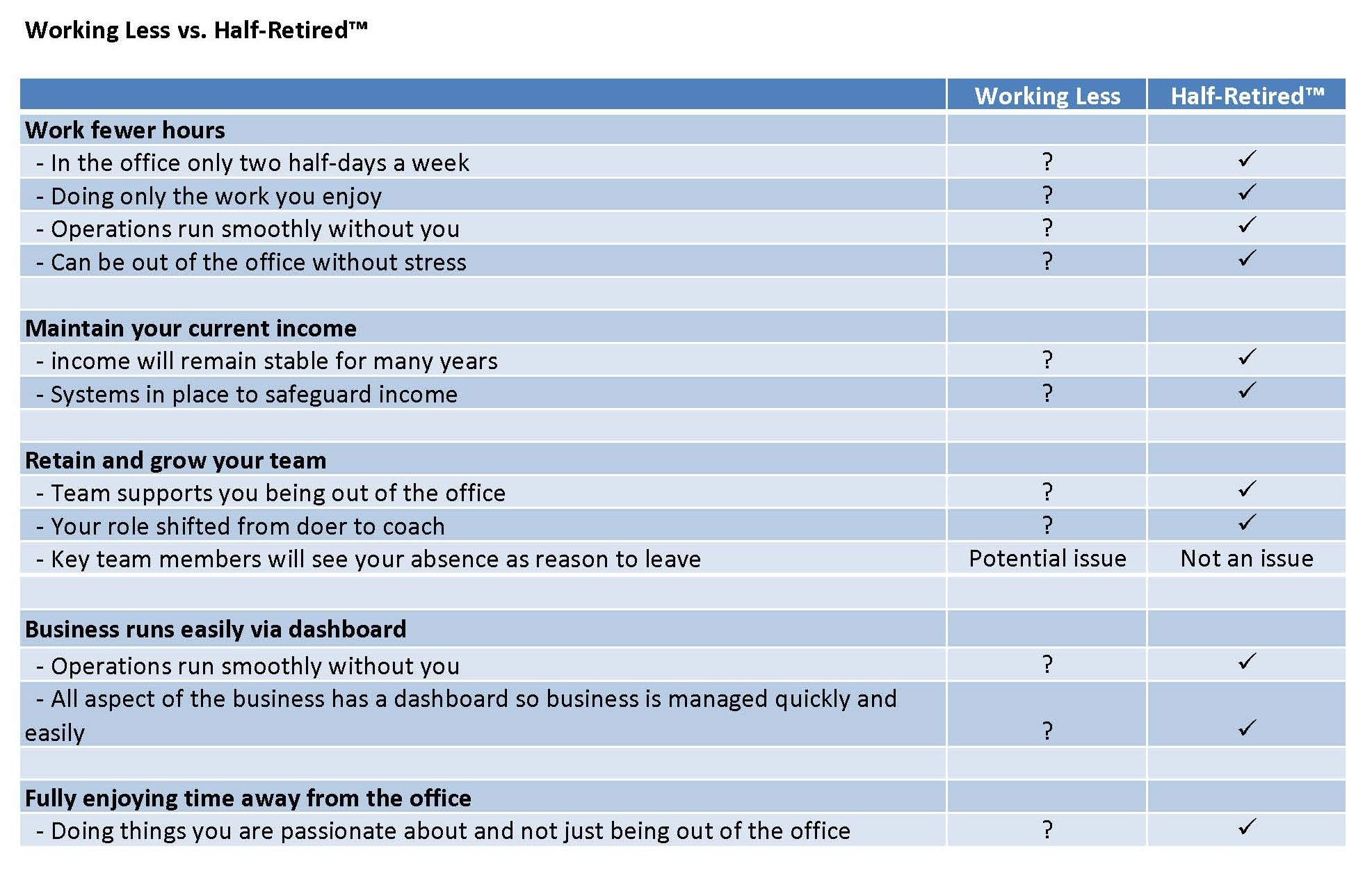 However, the biggest risk of maintaining the status quo is hitting the wall. No one ever thinks it will happen to them, but it happens to everyone. Today, you are fine putting up with cleaning up the messes employees make, working longer hours than you should, and playing the catch-all for work no one else can do or will do. Every year, this “grind” wears you down until you can’t take it anymore.

If you haven’t worked to make the business less dependent upon you, it’s going to be hard to sell and not fetch a good price. Why, because now you’re desperate. You can’t take it anymore, and you just need out.

If you use Half-Retirement as your exit strategy, you can avoid this expensive trainwreck. Half-Retirees create a business that is less dependent upon them, so when it comes time to sell, buyers line up to buy a quality business with less hidden risk than the others for sale. That will yield a quick and profitable transaction when you decide to sell the business.

To learn more about the six-step Half-Retire process, download the Blueprint to Half-Retirement.

Why business owners should depend on systems, not people
What happened to the tidal wave of Baby Boomer Businesses for Sale?
Things you will give up if you sell your business
Half-Retire Webinar
Schedule an Exploratory Call
Half-Retire Now 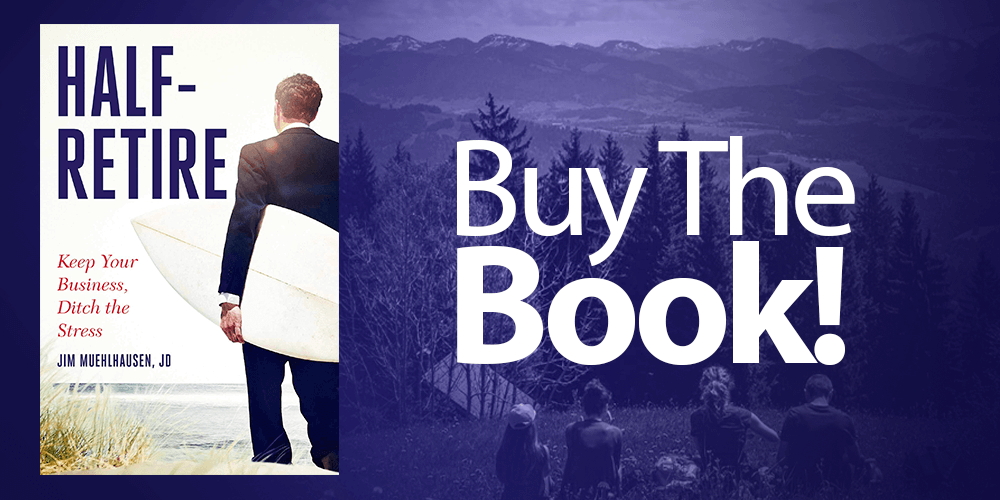